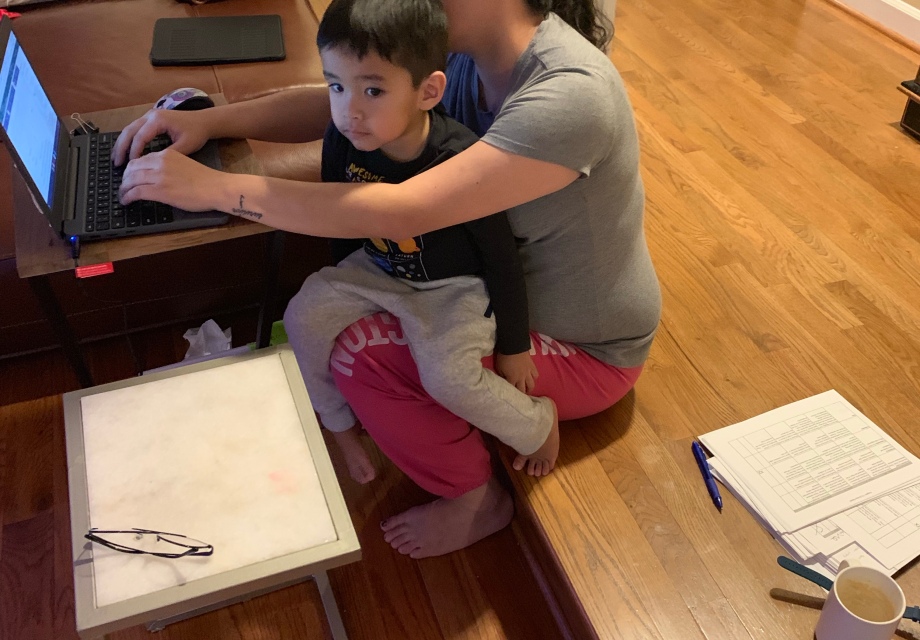 It’s taken me weeks to pump out this post – mostly because I wanted to avoid the swirl of emotions it would evoke in me – but here it is.

Last semester, I barely survived the workload I gave myself. I did too much. Wow, that last phrase was harder to write than I thought it would be. Mostly, it’s because it’s admitting I have limitations. I worked full-time as a high school teacher, ran a school club, taught three nights a week at the community college (11.5 credits), and finished out my last content class for my 2nd masters in creative writing. Crazy right?

The biggest thing I could’ve done without was teaching so much at the college at night. Kevin had to pick up my slack and take care of Shiloh when he got off at work since I would come home sometimes at 10PM. There were two reasons for this crazy schedule. The first is the most obvious – the money. Teaching at the local college provided extra income, but it wasn’t for everyday expenses – I worked myself to the bone to put every cent of the extra paycheck toward paying off more of what I call “chemo-bills”. The red numbers didn’t accumulate from the medical treatments of doing almost 6-months of chemo – but instead piled up from not being able to work during that time. Every cent of that extra pay when to debt reduction. I know it wasn’t my fault I got cancer and had to go through treatment; however, I want to feel like I’m capable of moving that financial mountain that came in the disease’s wake.

The other reason for working so much was to purposefully push to my limit. I know this sounds crazy, but I wanted to feel like I COULD do it – that I was capable.  The last few years have been infected with a series of limits that I wanted to push it, almost to prove I’m actually done with cancer, so I didn’t calculate the cost and consequences.

Last Sunday, the pastor preaching said something which drove it all in deep – “Just because you’re competent, don’t mean you should do it”. Working too much took its toll on my family – I felt successful on some level but a failure as a parent and friend.

Kevin and I sat down during the two weeks I was at home from teaching at the high school and decided we are going to take a full semester (since my life still operates on semesters) and not strive for anything. This is an active battle I’m fighting every hour. I want to feel limitless and accomplished. I have to actively choose differently.

We won’t pursue anything new and plan to just enjoy our time while we reset and rest as a family:

We aren’t going to look for a house – yet.

We aren’t going to start foster care training – yet.

I’m not teaching more than 3 credits at night.

We are going to go to the pool once a week as a family at the gym.

We are going to have family breakfasts on Sunday mornings before church with bacon and pancakes.

We are going to see family and friends regularly.

We are going to have dinner as a family 6 of 7 days a week.

I am going to enjoy my hobbies (writing, knitting, and baking).

I am going to remind myself every day that just because I can now – just because the effects of cancer aren’t weighing down my body or mind – doesn’t mean I have to do it. No one is looking to me to prove I’m no longer sick – even my surgery scars are fading into my flesh like a bad memory blending into the past.