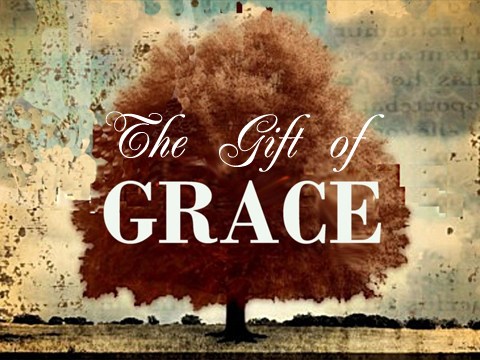 A student stood before me – his hand gripping his backpack on one shoulder and all his hope of graduating on the other. I was typing in numbers on my school issued laptop which would determine if his final exam would get him to the coveted 60% to pass – and of course graduate:to walk the stage in a couple of days proudly waving to his parents and family and strangers stacked more than 10 rows high in the stands.

Before he could rejoice too much, as he tried to thank me, I had to give him my speech, “Wait. I need you to listen and understand. You didn’t deserve to pass. You deserve the 59 – but what I’m going to give you is what’s called grace. I’m giving you something you may not deserve but something I want to give you. Justice is something you’ll get a lot of from the real world. I need you to remember this moment. Okay?”

He happily thanked me and strut proudly across the stage days later – his diploma in hand and the gown waving high school goodbye behind him.

I know all about justice. I’m a high school teacher so, of course, I’ve had moments where I’ve been so frustrated with a student and wanted to give them the grade they deserved; however, with my seniors, I’m not willing to take on the responsibility of “justice” when one point in one class could negatively change the trajectory of a young person’s life. This type of grace – which I gave to this student – would boomerang back to me after the graduation.

I hit Spider-man. Or maybe it’s better to say I lightly grazed him and took his paint with me. After the high school graduation, our little family went to my husband’s company party in Maryland. We chatted with his co-workers, stuffed our faces with free barbecue, and flicked ants off of our mat onto the grass, as Shiloh giggled in the sun. Kevin insisted on driving but I, like usual, used the excuse that we were driving my new SUV and wanted to take the wheel. As I backed out of the the white lines, I felt a tap and we jerked.

Crap. I hit the ice cream truck – it had spray painted pictures of cartoon characters on every surface. That one.

I pulled back into the space and kept thinking about how I was going to explain the accident to USAA and whether or not our insurance would go up and how much. From behind the truck came a tanned skinned man asking if we were all okay. To my right, a livid woman came and began going on a tirade to the other people behind the truck about what I had done and began taking pictures of the accident. The scratch was as big as my hand on both vehicles.

None of us were hurt and the guy checked to see if I had a backup camera, which I did, and told me next time to look at it better. The woman fumed and continued to speak angrily to the people behind the truck – but the older man simply asked if I wanted to report the accident. I told him if he needed me to report it then I had my insurance information.

Then he showed me grace. He said as long as no one was hurt then we didn’t need to report it – and he let us drive off with some of Spider-man, red and blue, etched into the left side of my bumper.

As much as I was remorseful about the incident, for days it made me think about not only my student but about Christ. The woman demanded I get what I deserve because it was my fault. She wanted justice for the situation. She shrieked to others how terrible I was and that I should pay for it.

The man, on the other hand, was more interested in not only everyone’s safety, but gave good advice about how I should use it as a learning experience. He acknowledged what I did was wrong – but instead of giving me what I deserved, he gave me what I didn’t deserve – GRACE.

I received two things that day. One, because I sowed compassion to a student, I reaped compassion by that man. Two, God showed me how in an everyday situation, we can choose to be Christ-like.